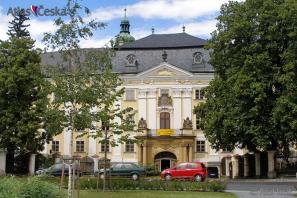 The Bruntál Chateau is in situated in the very centre of the town. Originally, it was a Gothic castle. Later, a third Rennaisance wing was added to the two Gothic ones and the whole chateau changed its appearance a great deal. In the 18th century Baroque renovations were carried out but mainly in the interior so the Renaissance appearance remained almost untouched.

The chateau is open to the public. Every year many art exhibitions, concerts, theatre peformances and other cultural events take place in both the castle and the castle’s courtyard.