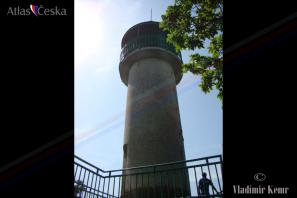 Babí lom is a rock with two peaks, southern (521m) and northern (562m) towering over the village of Lelekovice. In the past both peaks had been used for lookout purposes. The Austrian tourist club hada summer house built on the northern one and a lookout tower on the southern. The lookout tower was named after Brno’s that time mayor. Both destinations immediately became very popular with tourists though both of them ceased to exist during World War II. A new lookout tower, 15m high, was built in 1961. The Babí lom lookout tower is open to the public.