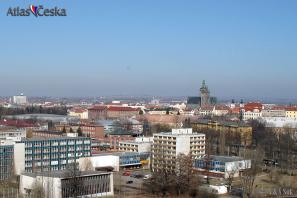 The mountain range of Krkonoše is situated in the Hradec Králové region, lying in ...