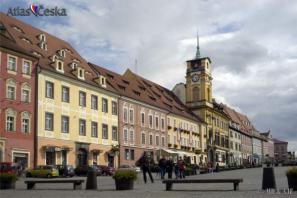 Cheb is a town in Western Bohemia in the Karlovy Vary region. It lies on the Odra river. It only became part of Bohemia in 1322 during the reing of John of Louxembourg. The area was settled by the Slavs in the 9th century and Cheb as such is mentioned for the first time in 1061 in connection with building a castle by the German king Henry IV. That time the castle served as a protection of his kingdom at the border with Bohemia. In the Middleages Cheb became a town of craftsmen and traders. Cheb will be forever connected with Albrecht from Valdštejn who died here during the thirty-years-war in the 17th century. After the war the town flourished and became a tourist attraction inspiring such important persons as Friedrich Schiller and J. W. Goethe.

If you go to this part of the country, do not miss the opportunity to visit this town. You will not regret it.

Karlovy Vary is a regional centre of Western Bohemia situated at the Ohře and ...