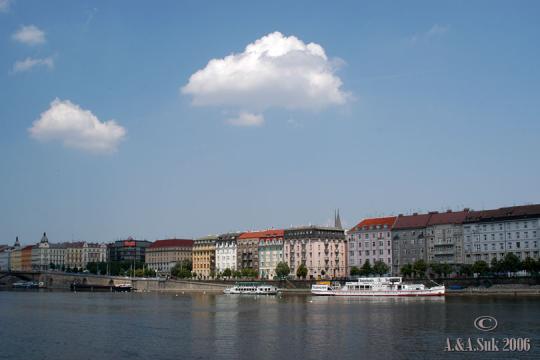 The Rašínovo Quay is situated between the Vyšehrad tunnel and the Jiráskův Bridge. The quay as we can see it today started being built in the 1870s. Its souther part, between the Palackého Bridge and Vyšehrad tunner at the beginning of the 20th century.

The quay is 950 long. It is used for pedestrians, cars and public transport. The quay serves as a place from where boats leave on sightseeing river cruises through Prague. The place offers an amazing view of the city of Prague.