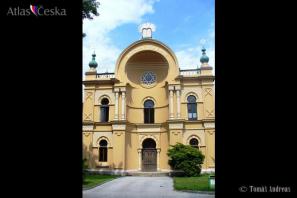 The synagogue was built in the 19th century during the times of civil and cultural prosperity. The architect in Charge was Wilhelm Stiassny (1842 - 1910), who also took part in building the Jubilee synagogue in Prague in Jeruzalémská Street. The synagogue in Čáslav served its purpose until 1941 when it was closed. After the World War II it started being used as a storehouse and in 1970 it turned into a museum. In 1994 the synagogue was given back to the Jewish Community in Prague, its reconstruction started in 1996.

The monastery was established by Miroslav, a feudal lord, in 1142.  The abbey was ...

Kutná Hora is one of the most charming towns in the whole of the ...