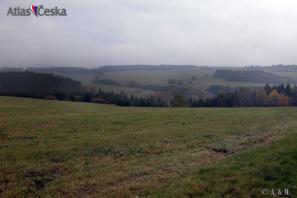 he mountain range of Moravskoslezské Beskydy is situated in the eastern part of the Czech Republic along the border with Slovakia. The Moravskoslezské Beskydy range is a part of so-called Western Carpathian Mountains. Moravskoslezské Beskydy cover the area of Frýdek-Místek, Nový Jičín and Valašské Meziříčí districts. The whole Moravskoslezské Beskydy Mountains belong to the basin of Odra. The most famous rivers are Horní and Dolní Bečva, Ostravice and Morávka. The largest ponds are Šance and Morávka.The highest peak of these mountains is the well-known Lysá Hora mountain which stands at 1 326 meters. There is a transmitter on its top. The original Bezručova chata burnt out in the past, but today its renewal is being prepared. The other famous peak of Moravskoslezské Beskydy Mountains is the fabulous Radhošť (1 129 m) with a statue of Radegast, the Slavic God of Sun and Richness. However this statue is not situated right on the top, we can find it a bit further, in the direction of Pustevny. Pustevny is the dip between Radhošť and Tanečnice (1 084m). Further east,raise the massif of Smrk (1 276 m) and Malý Smrk (1 174 m). Other mountain peaks that are worth mentioning are Velký Javorník (1 071 m) and Malý Javorník (839 m).    This colourful countryside is garnished with a mosaic of meadows, pastures, groves and large woods, Wallachian and Goralski cottages, but also towns and townlets. The local countryside is wild and populated by Northern lynx, wolf and also some bears, that wander over from Slovakia! The perfect beauties of nature blend together with various possibilities of recreational activities for each season. Hiking is supported with the dense network of bike paths, indoor pools and open air pools or hippodromes. The chance to try hanggliding or paragliding is also possible. Winter sports fans love Beskydy thanks to the great snow  conditions.

However The Beskydy Mountains are not just an area of natural interest but also of  historical and cultural interest. The beginning of colonisation goes to the prehistoric ages. The legendary cave named Šipka offered many unique testimonies about this fact. Each period of development marked the faces of towns, townlets and villages. The development of crafts and trade enabled some towns to build the unique houses, which illustrate the skills of the Renaissance and Baroque architects to this day. Among the most important monuments are The Wallachian outdoor museum in Rožnov pod Radhoštěm, Štramberská trúba with an outlook-tower and a range of interesting places in foothills- Kopřivnice with the museum of historical cars Tatra, the milliner museum in Nový Jičín, glass works in Karolinka or the grandiose Hukvaldy Castle. You can enjoy the charm of The Beskydy Mountains with local culinary specialities, that should  be washed down with a real Wallachian slivovitz.

The Beskydy Montains were proclaimed an area of Protected Landscape  in 1973 due to both the natural and cultural richness of the area.

Hotel Charbulák is the oldest mountain hotel in the Beskydy mountains. It is an ...