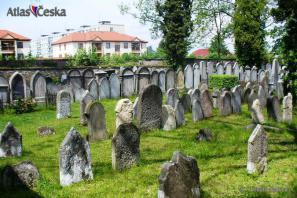 The Jewish cemetery in Heřmanův městec is very old, it was founded together with the first Jewish settlement, before 1430. However, some historians claim it was later, in the 15th or 16th century. What is certain is that it was extended several times, for the first time in 1667 and last time in 1838. The cemetery is 4 000 km2 large and contains 1077 tombs. The oldest preserved one dates back to 1647. The last funeral took place here in 1940.

The three-star hotel Kapitán is located by the Sečská dam. There are two and ...

The Jewish settlement had had a long tradition in Heřmanův Městec, a small town ...