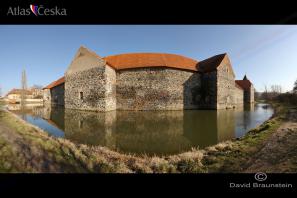 Švihov castle is situated in the town of the same name, approximately 10km from Klatovy, in the Úhlava river valley. A fortress was first founded here at the beginning of the 14th century and a century later it was turned into a majestic castle. As many other castles, after the thirty-years-war it started to decay and became a ruin. In 1949 a large reconstruction was carried out and the castle regained its original appearance.

Hotel Rozvoj is situated not far from the Klatovy centre. It is suitable for ...

The Bolfánek observation tower literally towers over the town of Chudenice in the Plzeň ...