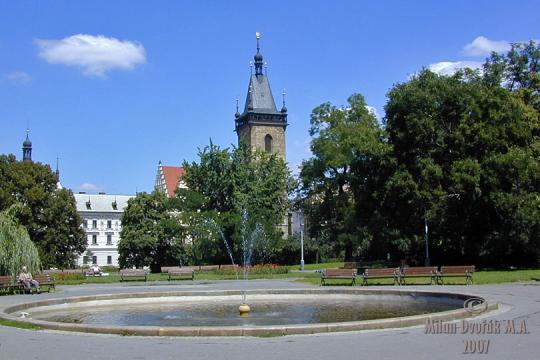 The New Town was founded in 1348 by Charles IV directly next to the Old Town and adopted its transport system. This was especially important as the New Town was very populous. It embraced a vast piece of territory which enabled its prosperous development. Mainly craftsmen settled down here and many institutions were placed here as well. The New Town was independent until 1784 when it merged with Prague. In the 19th century due to speculations and business a significant part of the built-up area was pulled down and many new buildings were built. Despite this we can still find here many important, cultural and historical landmarks today. Thanks to is extensive size many green areas have been preserved.

The National Theatre is one of the most memorable buildings not only in Prague ...

The New Town was founded in 1348 by Charles IV directly next to the ...

This museum, situated near to the Florenc interchange is far more entertaining than its ...