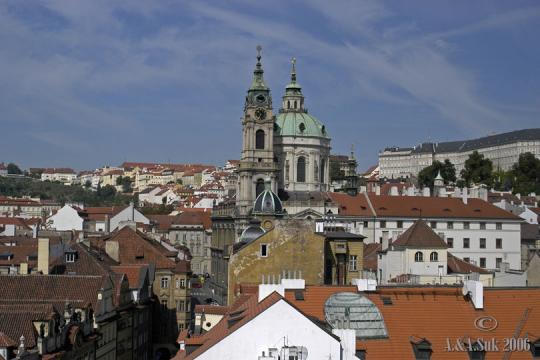 The first settlements in the area of Lesser Quarter date back to the 8th century. The town was founded by  King Premysl Otakar II in 1257. Originally the Lesser Quarter was called the New Town and later the Smaller Town of Prague. The Lesser Quarter spread rapidly between 1360 – 1362 when its southern border was moved to the Hunger Wall built by Charles IV. An important factor in the development of the Lesser quarter were the Judith and later the Charles Bridges which connected it to the Old Town and through which led the Royal Mile. Many religious institutions, merchant and administrative institutions were located here. The Lesser Quarter therefore, had a considerable impact on the life of the larger town. Eventually it merged with Prague in 1784. Nowadays the built-up area is formed by historical buildings, clerical buildings and gardens. Among other institutions, the Parliament of the Czech Republic is located here.

The Charles Bridge is the oldest preserved Prague bridge that still serves its original ...

The first settlements in the area of Lesser Quarter date back to the 8th ...