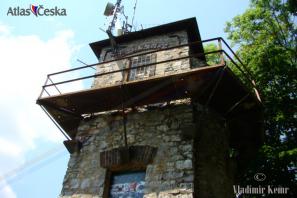 The Alexander lookout tower stands on the Špičák hill and towers over the picturesque Svitava river valley. The original wooden tower was replaced by one made of stone in 1807. Its condition deteriorated badly though during the two world wars and there was not much left in 1945. During World War II it was pulled down, partly due to the fact that the tower had always been considered more German and also no to attract bombing squadrons to the nearby Adamov machinery plants. Its fate changed rapidly in 1960s with the boom of TV broadcasting. A TV tower, accessible for tourists, had risen there. Nevertheless, the view from the tower is not as great as it used to be because of the large trees around it.

The Macocha Gorge is the most famous gorge of the Moravian Karst and it ...